Hi there, I’m Claire Allinson and I’m one of three ladies whose recently just rowed the Atlantic 3000 miles from San Sebastian in La Gomera across to English Harbour in Antigua in a record-breaking 49 days 13 hours and 49 minutes in an ocean rowing boat of 28 feet long by 5 feet in width. We were mentally challenged with regards to how we would cope on board and that was something that I was always aware of during the physical training element, which was two years previous to the race. Thankfully for me a gentleman called Paul Stretton-Stephens saw an article in one of the local newspapers about our quest and got in touch.

During our initial conversation, Paul was so warm and welcoming and really relaxed and just really interested in what it was that I wanted to achieve and the reasons as to why I wanted to achieve it. We met up and we had a discussion about how he could help me prepare mentally and what were my fears about the challenge. I was very very open with him, the two fears I had were seasickness and how I would cope in a storm being a non-rower. I’d only ever rowed from the point that I was asked to actually take on the row and so previous to that I had never even picked up an oar.

Paul was amazing making me focus in a positive mindset and making me more aware of all the things that I was fearful of turning them into a positive into an accepting challenge and during our six months of working together I can’t tell you, I can’t express enough how much he changed my views in the way that I was focusing on my fears and all of a sudden my fears became a challenge that I was quite looking forward to and instead of being anticipation and trepidation I was really willing to take on the challenges knowing full well that they were coming my way anyway and that I would face them and I would face them in a positive attitude.

I would recommend Paul to anybody not just taking on a huge challenge but for life itself. For some people, life is a challenge and so I would just say pick up the phone, speak to Paul. You will find that he is an amazing character, and he is full of positivity and he will help you with regards to any aspect of personal or professional coaching you need. Thanks, everybody. 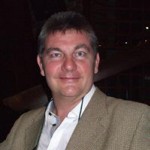 Episode #19 – A Laser Focus on Cancer with Leslie Ferris Yerger

Episode #18 – The Power of Food with Michelle Seidling

Gold Call – One Off Coaching Solution